Showing posts from December, 2015
Show all

December 31, 2015
Assalamualaikum! Woah it's already 31st December and tomorrow is the New Year's Day. Write it on your heart that every day is the best day in the year! Whatever you do or dream you can do it — begin it. Okay, lately there's been a lot of these fun 'Tag Question" going around in the blogger community right now (kannnnnn). Basically yang kena tag ni kena jawab lah soalan yang disenaraikan pastu create soalan sendiri then they have to tag another bloggers and so on. No worries my questions are straightforward and simple yah, hihihi. I was tagged by this bro, Syamsid . Thank you for tagging me!  Well I'm going to answer the questions first, so lets get started wuuuuuu. What's your favourite Doa from the Quran? I'd like to share more than one favourite doa in my answer, as I can't single out one doa because all of them are beautiful. Surah Al-Ahqaf 46:15 Meaning:  And We have enjoined upon man, to his parents, good tr
12 comments
Read more

Hoping your birthday brings you everything you've ever wished for.

December 23, 2015
Good day! The plot summary: Seishuu Handa is an up-and-coming calligrapher: young, handsome, talented and unfortunately, a narcissist to boot. When a veteran labels his award-winning piece as 'unoriginal,' Seishuu quickly loses his cool with severe repercussions. As punishment, and also in order to aid him in self-reflection, Seishuu's father exiles him to the Goto Island, far from the comfortable Tokyo lifestyle the temperamental artist is used to. Now thrown into a rural setting, Seishuu must attempt to find new inspiration and develop his own unique art style-that is, if boisterous children (headed by the frisky Naru Kotoishi), fujoshi middle schoolers, and energetic old men stop barging into his house! The newest addition to the intimate and quirky Goto community only wants to get some work done, but the island is far from the peaceful countryside he signed up for. Thanks to his wacky neighbours who are entire incapable of minding their own business
5 comments
Read more

December 12, 2015
Assalamualaikum, good day! Just saying. The problem that most of us face is what we call the, "If I only..." syndrome. We are constantly focused on the things we don't have instead of being grateful to Allah for the things we do already have. Thankfulness frees our heart from greed, jealousy and envy. When we are thankful to Allah, we remain mindful of Him and His continuous Mercy toward us, and this in return humbles us and improves our character. Allah also says in the Quran that only few of His servants thank Him.  Let us then strive to be among these few by keeping our tongues wet with His remembrance and our hearts soft with His praise. Stay smiling through the day, have a great day ahead! Yours sincerely, Amira.
Post a Comment
Read more

It's get to know me.

December 11, 2015
Assalamualaikum! I'd like to tell about myself even tak ada orang baca aku tetap nak bagitau jugak, ahaks! Tujuan buat post ni sebenarnya saja saja jer, nak hilangkan rasa mereput kat rumah. Me and my best friend, Pa'an. Ignore my tudung yang senget dan tak betul tu I'm Nurul Fatin Amira binti Abu Mansor Mutaridi, just call me Amira. I was born on 26th of August 1998 in Sandakan, Sabah. Both my parents were from Semenanjung Malaysia. I'm 17 years old and 163 cm in height. My favourite subject at school is ... it's either Chemistry or Maths. I don't like wearing makeup. I love anything with mango flavoured. My favourite colour is grey, I think it's a pretty colour (grey is just chill) I don't have any pets but I love butterflies.  I'm scared of blood (that's why I don't wanna be a doctor) I don't like having my pictures taken, it just reminds how really ugly I look (siapalah yang suka kan) I read
2 comments
Read more

December 11, 2015
Hello! I am sure some of you have watched this anime but I'd like to give a review since I am new (yah) in this otaku world. Aiseh. Okay, lets get started The plot summary: Tada Banri, a newly admitted student at a private law school in Tokyo, found himself completely lost after the opening ceremony, trying to find his way to the freshman orientation. At that moment, he ran into another lost freshman from the same school, Yanagisawa Mitsuo, and they hit it off at once. Somehow arriving at their indended goal just on time, there appeared in front of the two a beautiful girl holding a bouquet of roses. The girl then whacked Mitsuo across the face with the bouquet and handed the flowers over him. "Freshman, congratulations," was all she said, and then left. The stylish, well dressed, perfect woman that had swung at Mitsuo was his childhood friend, Kaga Kouko. As children, they had promised to marry each other one day, fulfilling their dreams. In order to
Post a Comment
Read more

December 09, 2015
Okay I'm back! I am going to give reviews of this manga, Tonari No Atashi. Tanpa membuang masa lagi jeng jeng jeng, Author: Nanba Atsuko Genre: Comedy, Drama, Romance, School Life, Shoujo Synopsis: Nina's neighbour, Kyousuke, is starting high school while she's still stuck in junior high. Just walking to their nearby schools together isn't enough for her-especially since they keep running into Yuiko; a beautiful, outgoing girl in Kyousuke's grade who also seems to harbor feelings for Nina's next-door neighbour. My reviews: It was amazing. The end was so not expected (yah), the ending was different from what other authors would do. This was the first manga I would pick that person instead of this person, hihi. The story is good with a twist and the characters were dazzling especially the main characters. In this manga, there were also kawaii kids, adorable parents and friends. But the love square is number one, ahaks! As t
4 comments
Read more

December 09, 2015
Good day, everyone! I've watched this anime a few times tapi I would like to give some reviews lah kanz. This anime was recommended by my best friend, Winnie. I've been addicted with anime because of her jugak la, hihi. Okay malas nak cakap banyak, teruskan dengan review The plot summary: Quiet and unassuming Mei Tachibana has spent her high school years without making friends or getting a boyfriend because of a childhood incident that left her believing that people will betray each other sooner or later. When she encounters a popular boy named Yamato Kurosawa, he becomes interested in her, and it is through their tentative friendship and blossoming relationship that Mei ultimately begins to branch out and befriend others. My reviews: I liked this anime. At some points, I felt like I was dragging my feet a little but the romance was so sweet, hihi. I liked that Mei was far from an ideal beauty but she still found love. I would watch it again (
2 comments
Read more 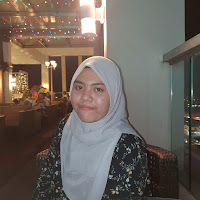